During all of our lectures and classes, we’ve heard how we live in an increasingly globalizing world. But, that doesn’t mean there wasn’t any sort of interchange before the 2000’s. SSEA is one of the most geographically and culturally diverse places on the planet, so, what has the world adopted from this area? Much more than simply curry and nasi goreng, that’s for sure. That’s why this is a list of just a few things that you may or may not know came from SSEA.

Whether chopped, raw, or in a ring, onions seem almost as old as time, and twice as good. This handy vegetable has existed and been used throughout Asia, including India, almost as long as humans have been cultivating crops. Although, there is no certain origin for the onion, it has been theorized that they come from the approximate area of northern India, Pakistan, and Afghanistan. As of 2016, India still remains one of the top 4 global onion exporters, exporting 6.4% of the world’s onions, or $443 million’s worth of onions. 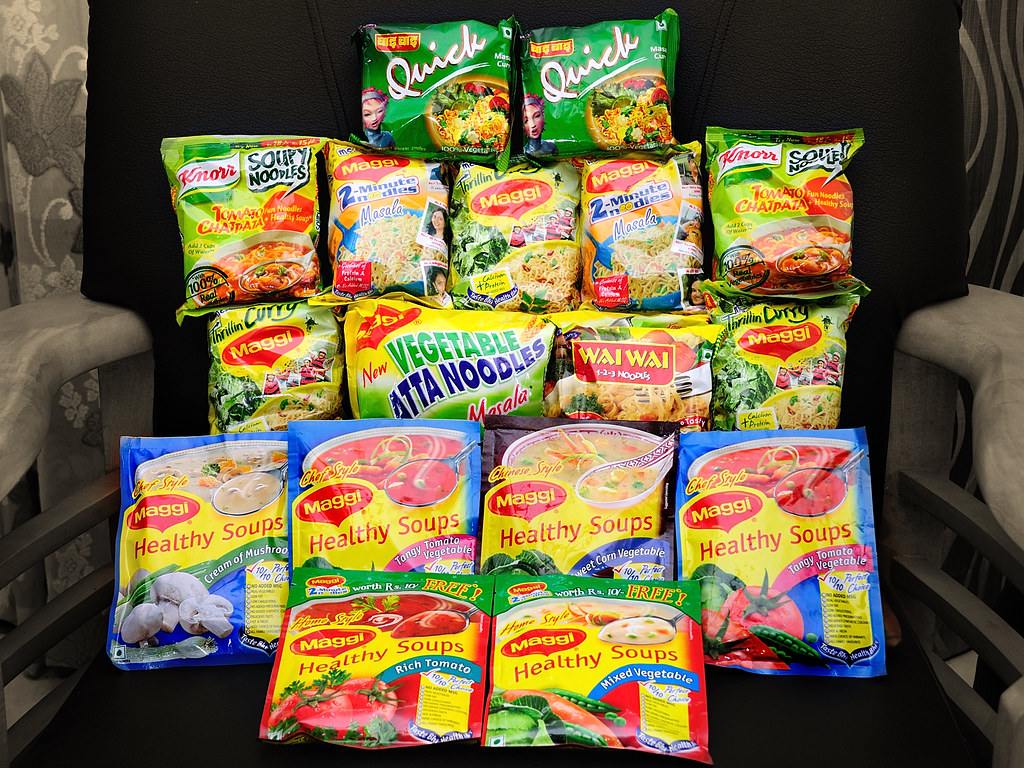 Although it was invented in 1886 in Switzerland and doesn’t come from the area, Maggi has had a huge impact on SSEA. India alone is the fifth largest consumer of these instant noodles. In Malaysia, Maggi is sometimes even seen as synonymous with noodles leading to a variety of new dishes, one of which, is called Maggi Goreng, or, fried Maggi.

3.kMost of the world’s shrimp

Although shrimp don’t come from the area, it has become one of the defining exports of SSEA. India, Vietnam, Indonesia, and Thailand are easily the largest exporters of frozen shrimp while Vietnam and Thailand collectively produce 43% of the world’s unfrozen shrimp. The Vietnamese government even has plans to raise investment in the industry to $10 billion by 2025, however, as much as we like our shrimp cocktails, it is important to note that shrimp produced in the area has faced increasing issues regarding sustainability due to deforestation and erosion.

We’ve all seen those little plastic packets in Jumbo and Amazing Oriental attractive in both flavor and convenience during our busy lives with ever present due dates. Although this one may be a bit obvious, Indomie is Indonesian in origin, but it’s made the list simply due to its amazing growth. Originally established in Indonesia in 1971, it quickly became the number 1. Not only did they take their native market by storm, but they have expanded to an amazing 80 countries world-wide!

We’ve all seen it in the stores and heard the rumors about the enigmatic silver-blue can. But one of the rumors that we don’t hear, which isn’t really a rumor in any case is that this omnipresent drink is actually from Thailand.

It was originally given to Thai factory workers in order to keep them alert and was supplied by the much less well-known company, TC Pharmaceuticals. The drink only came to Europe by chance when Dietrich Mateschitz was on a business trip and saw how the drink was being used. Entering into partnership with TC Pharmaceuticals’ owner’s son, Red Bull Gmbh. was established in Austria in 1984 and so, one of the most well-known energy drinks of the age was born.