April 27, 2018 — Subhas Chandra Bose, now known as a freedom fighter, was the leader of the Indian National Army and the Azad Hind Government from 1943-1945. Bose worked with the Japanese Empire and is still extremely popular today. He retains a presence only in popular myth, yet he is not used in nationalist history discourse. So, how is Subhas Chandra Bose still alive? 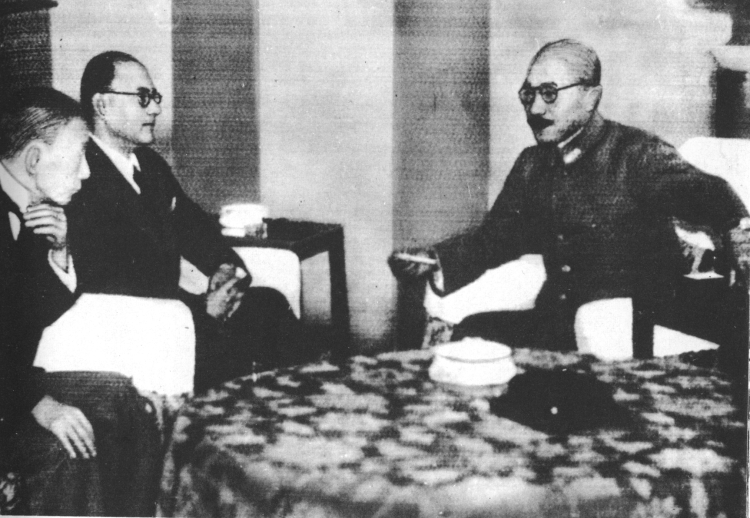 Some say that Subhas Chandra Bose died in a plane crash on a Japanese airbase in modern day Taiwan on 17 August 1945.1 But if you ask others, they’d say you’re wrong, as Subhas Bose is widely believed to still be alive, or, that he did not die in a plane crash in 1945.2 3 inquiries into his death have occurred, known as the Shah-Nawaz Commission, the Khosla Commission, and the Mukherjee Commission. All of them were trying to answer the question of whether or not Subhas Chandra Bose was alive.3 In the continuing debates over Bose’s living status, last year The Times of India published an article on the discovery of a 1947 French inquiry into Bose’s death, which found that he was most likely alive.4 However, whether or not Bose is deceased, memories of him certainly are not.

Subhas Chandra Bose was born in 1897 in Orissa, and, like his brother Sarat, was an Indian nationalist. He served in the Indian National Congress (INC), even being elected president in 1938. However, his radicalism proved too much for the INC and he was ousted from the Congress and incarcerated.5 In a daring escape involving false identities and moustaches, Bose escaped to Germany in 1941 where he established the Azad Hind Radio station and, eventually, the Indian Legion. But, after Japanese successes in South East Asia, Bose left Germany for Japan in 1943.6 Arriving in Singapore several months later, Bose finally took control of the Indian National Army (INA) from Rash Behari Bose, no relation, and established the Government of Azad Hind (Free India) in October.7 In 1944 Bose and the INA, after months of pressuring the Japanese, were given their opportunity to fight in the village of Kohima during the Imphal campaign, however, soon after planting the first free Indian flag, they lost to British and Indian forces had to retreat.8

Bose’s dramatic history and actions have cemented his position in popular myth. Today, Bose and his legacy seems to be slowly being co-opted by the Bharatiya Janata Party (BJP). Chandra Kumar Bose, Subhas Chandra Bose’s grandnephew, was chosen by the BJP to run against Chief Minister of West Bengal Mamata Bannerjee in 2016. It is likely that this choice represented the BJP’s hopes that the memories of the legacies of Subhas Chandra and Sarat Bose would help him.10 Nonetheless, as far as the BJP seems to be concerned, people are not learning about Bose enough, as Biplab Kumar Deb, Chief Minister of Tripura, has claimed that the state run schools require new text books including such nationalist figures as Mohandas Gandhi and Subhas Chandra Bose.11 These recent changes and uses of Bose suggests that although he may have been popular in memories of some, he may now be made popular in the memories of all through the BJP’s adoption of a pro-Bose rhetoric.

Another avenue for the memory of Subhas Chandra Bose in today’s world is through his, at the time, fairly revolutionary and, as some saw it, emancipatory Rani of Jhansi Regiment (RJR). The regiment was formed mostly from female Malayan rubber tree plantation workers, and, although they did little fighting, their symbolic power, experiences, and legacy remains powerful even to today.12 On International Women’s Day, Rahul Gandhi tweeted about how the RJR was a source of inspiration to him and all women.13 Additionally, the memories of those who were in the RJR are mostly positive towards Bose and the INA as they gave these women a chance to fight, which was unusual in the 1940s.14 In this case, positive memories of Bose have an additional intersectional element of empowerment through the RJR, which even today proves inspirational.

However, as is well known, memories are fallible and are often viewed through rose-tinted glasses. Of course, it is important to recognize that Bose was an ardent nationalist, willing to liberate India by any means necessary.15 As such, he was influenced by pan-Asian ideology, as were many other nationalists and those under colonial rule at the time.16 Bose’s views on the topic may briefly be summed up through his writings on Japan’s invasion of China, wherein Bose claims that although it was wrong of Japan to invade China, Japan was left no recourse. And, by defeating the Western powers, Japan destroyed their reputation, and yet, at the end Bose suggests that India, through her own power and “national self-fulfillment in every direction”, may grow greater than both China and Japan.17 However, questions still remain of whether Bose and the INA’s involvement with the Japanese can be seen as cooperation or collaboration. He didn’t support Japan’s invasion of China, yet he cooperated with both Imperial Japan and Nazi Germany, so a more pressing question must be asked. Regardless of future visions, at what cost would Indian independence have to come? Although, those who joined the INA often did so out of nationalism, as a result of discrimination, to protect others, and out of disappointment with the British leadership.18 There was also a likelihood that those who did not join would have to live through the privations of a Japanese prisoner of war, including scarcity, malnourishment, and mistreatment.18

Subhas Chandra Bose captured the hearts and minds of those who followed him, and, even today he seems to retain that effect, not least through questions of whether or not he is actually alive. He has been and is currently being mythologized and remembered through the nationalist BJP discourse. However, at the same time he has also had an effect on women’s empowerment through the RJR. Bose remained true to his goal of trying to liberate India, however, his support of Japan and Japan’s actions elsewhere raises important questions. Obviously, Bose is still alive in memory, but, as the BJP continues its rule, a question must be asked. Will Subhas Chandra Bose and his legacy survive in its current form?

How can we deal with countries’ colonial pasts and the impacts these histories have had on individuals? Following a panel discussion in May, a very brief summary and reflection based on this question is presented Read more…

Were you at SSEA and Culinary Committee’s workshop but can’t remember the recipes? Or do you want to impress your parents with all the food you’ve learned how to cook? Samudra’s got you covered! Ruana Read more…