Reinterpretation of Ownership of Cultural Objects 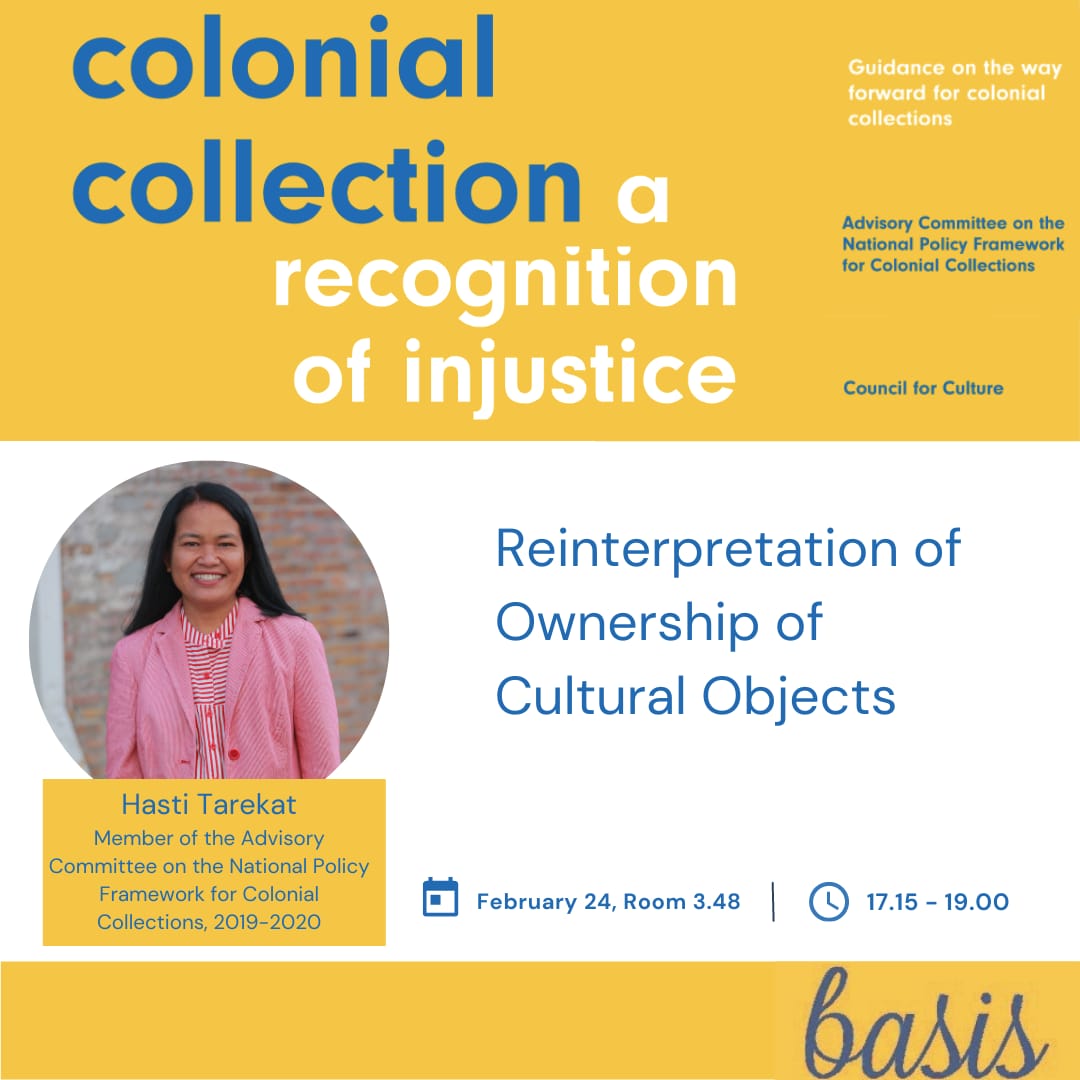 Since the beginning of the 17th century, The Netherlands, as a colonial power, has brought many cultural, historical and religious objects from Indonesia, Suriname and the Caribbean islands to domestic museums, where the items are still exhibited today. The return of these objects to the source countries is a tense issue, in particular due to constraining legal frameworks. As such, it requires additional provenance research and a re-designed policy on colonial collections in Dutch museums.

Hasti Tarekat was appointed by the Minister of Education, Culture and Science of the Netherlands as one of the members of the Advisory Committee on the National Policy Framework for Colonial Collections. She was actively involved in formulating the key principles of the policy that would facilitate the return of the cultural heritage objects.

The BASIS Academic Committee invites you to join the talk given by Hasti to learn more about her work!