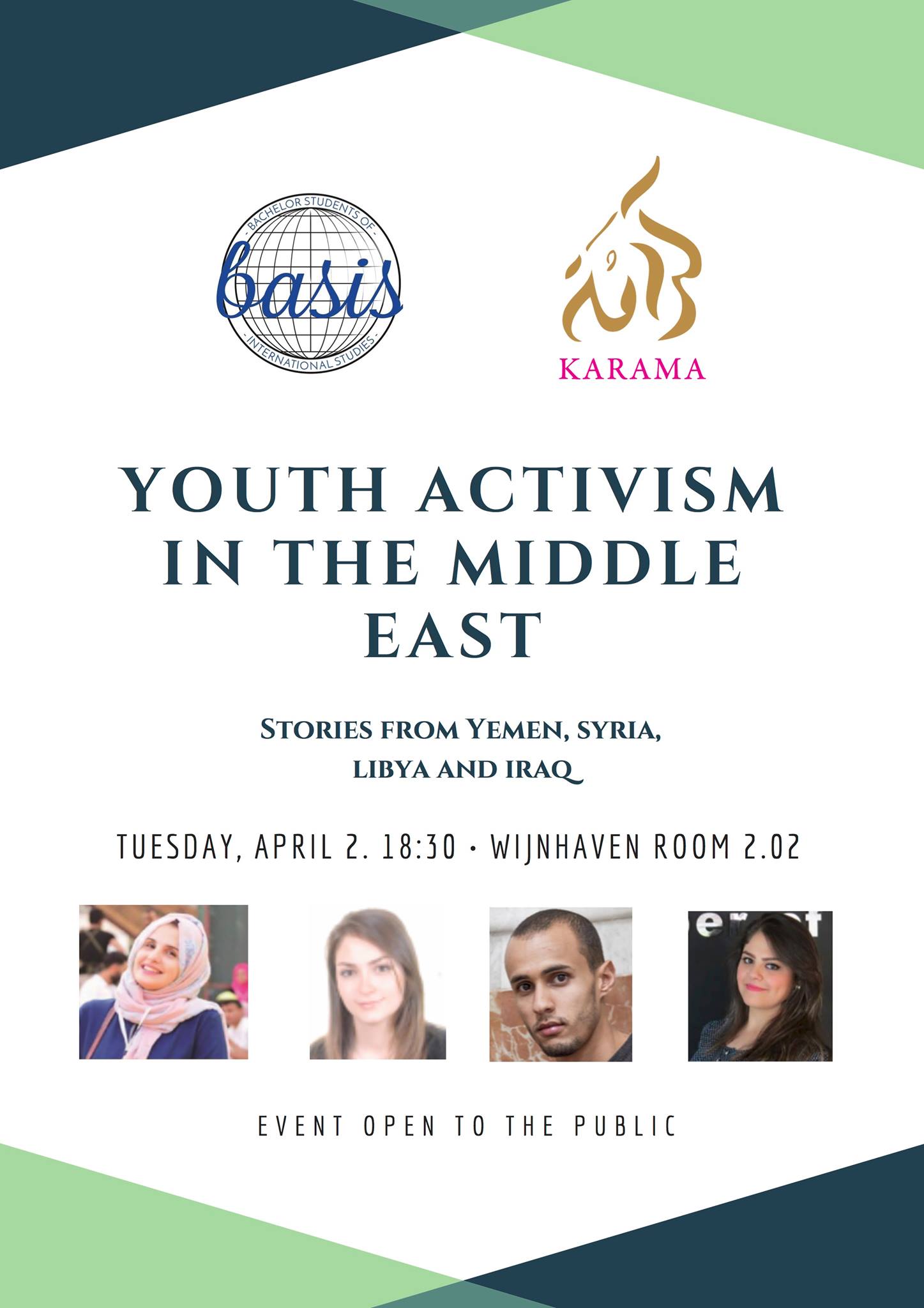 The Middle East committee in collaboration with the Human Rights NGO Karama proudly presents an open discussion with four young activists from Syria, Yemen, Libya, and Iraq. After receiving a lot of positive feedback after the first edition of this event in January MeCo and Karama have decided to relaunch the event and invite two additional speakers.

There will be a moderated discussion with the speakers followed by a Q&A with the audience.

Bushra Alhamdan– Syria
Originally from Homs, Bushra worked as a volunteer for the Syrian Arab Red Crescent project before settling in Damascus in 2016. Since then, she has worked in several aid relief programs such as Action Against Hunger and Secours Islamique France, all the while she seeks to document human rights violations in the country.

Wijdan Al-Matari – Yemen
Even though Wijdan lived in terrible circumstances in Yemen, she decided not to give up. She became a role model for other young adults in the area by committing herself to humanitarian activism. She is active in youth, peace and security and promotes women’s political empowerment.

Younes Nagem – Libya
After the Arab spring, Younes was confronted with unemployment, racism and violence by the police and the army. However, he stood tall and pushed through; he started his own successful IT business (BYTE) in Benghazi, combining business and human rights, and he is a passionate advocate for democracy and equal rights.

Tara Ali Ashour – Iraq
Tara is an example for other young women in the region when it comes to female empowerment. She works at the Women Empowerment Organization, which was the only organization of its kind left in Mosul following the liberation from ISIS. She works on-the-ground, participating in numerous aid relief programs in refugee camps and is involved in the implementation of UN resolution 1325.

The event is open to everyone but please make sure to register through the following link: https://docs.google.com/forms/d/e/1FAIpQLSfcqetoQSYd0rW_m8l9448Nf_Tss0i2PvnlB6YaPfR14fYu-g/viewform?usp=pp_url