Clash of the Courses – Election Wars: The Courses Strike Back 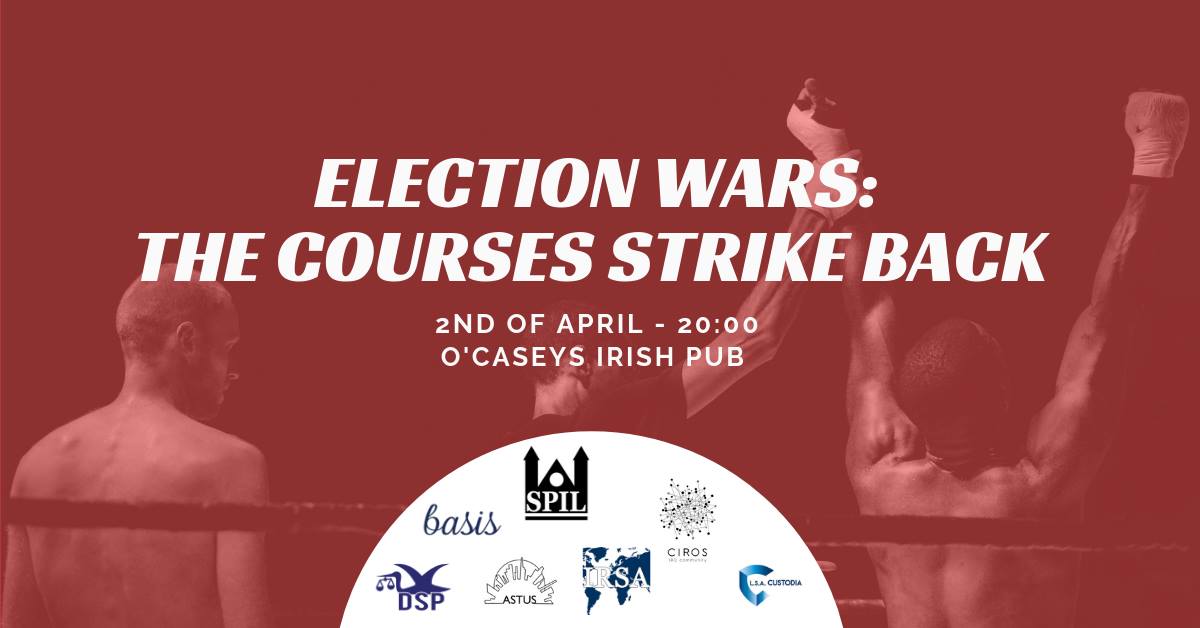 They said that it was over, that the first and last Clash of the Courses had happened and we would never see its like again! They said it couldn’t be done, that it would be too complicated to do another mega-borrel that contained all the organisations that inhabit our dear, dear Campus The Hague. But they are wrong. The echoes of last semester’s borrel are strong and we are ready to deliver once more! While we did say that the previous time was the competition to end all competitions, much like climbing, there’s always another mountain top to ascend!

Join us at O’Casey’s on the 2nd of April at 20:00 and behold the return of champions of old, fighting to claim their rightful prize and witness the valiant winners of the OG Clash defend their (perhaps not-so) eternal boasting rights! Who will win and climb to the highest heights? Who will fall to the depths of a well-deserved pint? Find out at this semester’s Clash of the Courses! As our very own University Elections are right around the corner, the competition will take the form of a pubquiz where elections are the name of the game! But don’t worry, we’ll sprinkle in some random, non-political questions too.

This borrel is hosted by the Democratic Students Party – The Hague and the many study organizations at our Campus: BASIS, CIROS, SPIL, Custodia, ASTUS and IRSA. With this borrel, we hope to foster cross programme connections and at the same time sneakily educate the student body about the upcoming university elections. After the quiz, student representatives from the University Council will be there if you want to ask them some questions and learn more about their work in the Council and university democracy in general.