Lecture on the repatriation of IS women and children 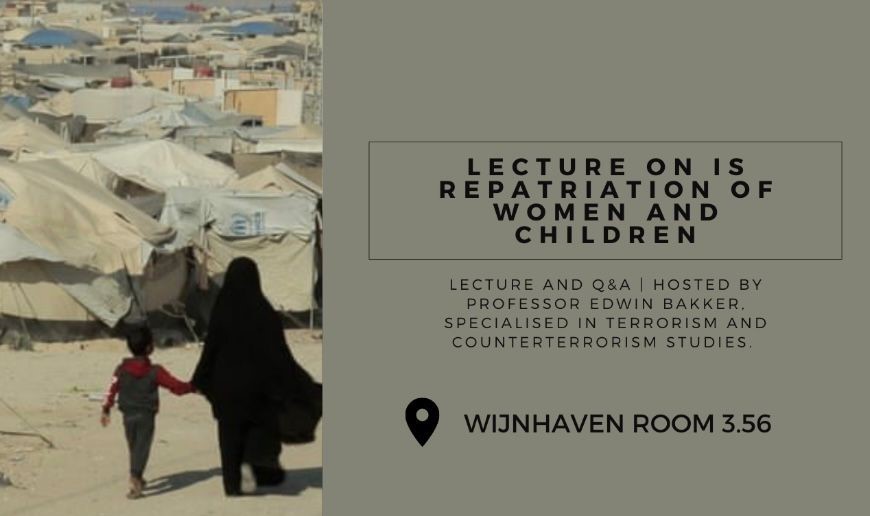 Join the Middle East Committee on Wednesday the 15th of December (7.15PM-8.30PM) for a lecture and Q&A on the repatriation of IS women and children.

After the collapse of the Islamic State’s ‘caliphate,’ thousands of IS fighters and supporters were captured by the Kurdish military and brought to camps or prisons. An estimated 68,000 people, 94 percent of which women and children, were reported to be staying in camp al-Hol in 2019. As time moves on and foreign women and children are stuck in Kurdish refugee camps, Western states debate on whether or not to repatriate these people.
Recently, the Dutch cabinet has decided it wants to try to repatriate five women that formerly joined the Islamic State. With arguments concerning safety both supporting and discouraging repatriation, Western governments find it increasingly difficult to justify their decisions.

Professor on terrorism and counterterrorism Edwin Bakker will discuss the situation by giving an overview on the short history, the facts and figures, the arguments around repatriation, and the current situation.