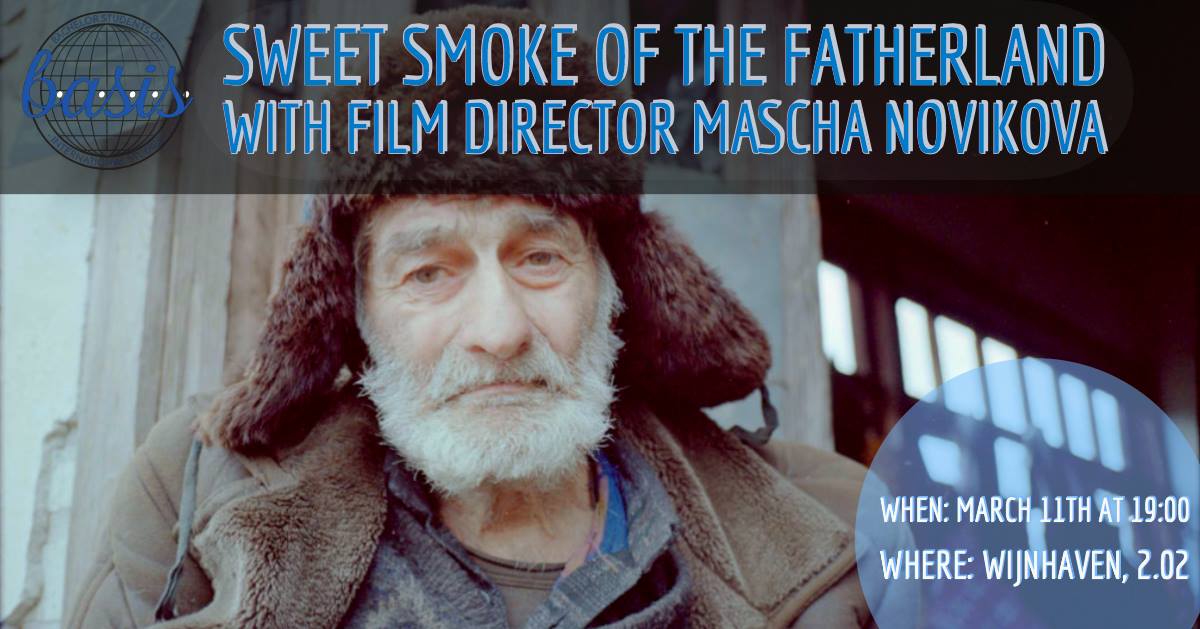 The Eurasian Committee is proud to announce its first movie screening of this semester. The documentary selected is called “Sweet Smoke of the Fatherland”. The movie night would be followed by a discussion with the talented Russian film director Mascha Novikova.

The documentary tells the story of three old people from three very different places in Europe: Catalonia, Lithuania and Abkhazia. People who saw wars come and go and who chose not to take a part in them, but to stay on the sidelines, to cultivate the land and to tidy up.

The three of them live in the place where they were born. They are elderly, poor, living in isolated places. They feed the chickens and the goats, they cook on a wood stove, they cultivate a bit of land – in as far as they are still capable. This makes Sweet Smoke of the Fatherland not just a story about war and people’s responses to it, but also about old age and loneliness, about people who feel connected to the soil that produced them and where they have experienced so much. They keep living there with all their beautiful and painful memories and dreams that, despite everything, they still have.

See you all very soon!