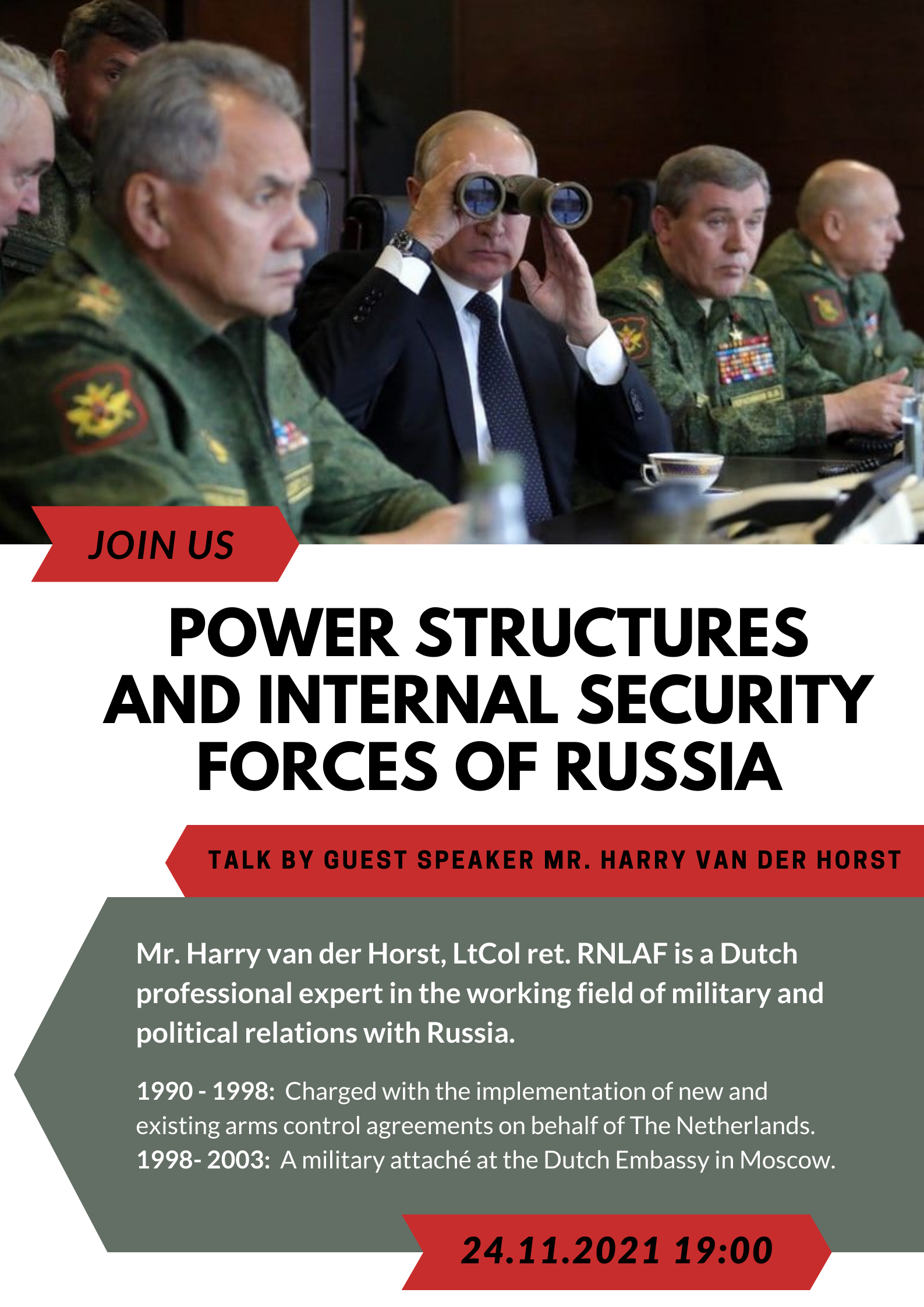 Please join us for a talk on the topic of power structures and internal security forces of Russia by guest speaker Mr. Harry van der Horst, LtCol ret. RNLAF – a Dutch professional expert in the working field of military and political relations with Russia.

From 1990 until 1998, Mr. Harry van der Horst was charged with the implementation of new and existing arms control agreements, such as the INF, CFE, Chemical Weapons and Open Skies treaties, and the OSCE Vienna Document, on behalf of The Netherlands. And from 1998 until 2003, he was a military attaché at the Dutch Embassy in Moscow. In both capacities he was closely involved with Central and Eastern European countries, especially with the Soviet Union/Russian Federation.

Share with us his experiences and join the guest talk on the 24th of November at 19:00