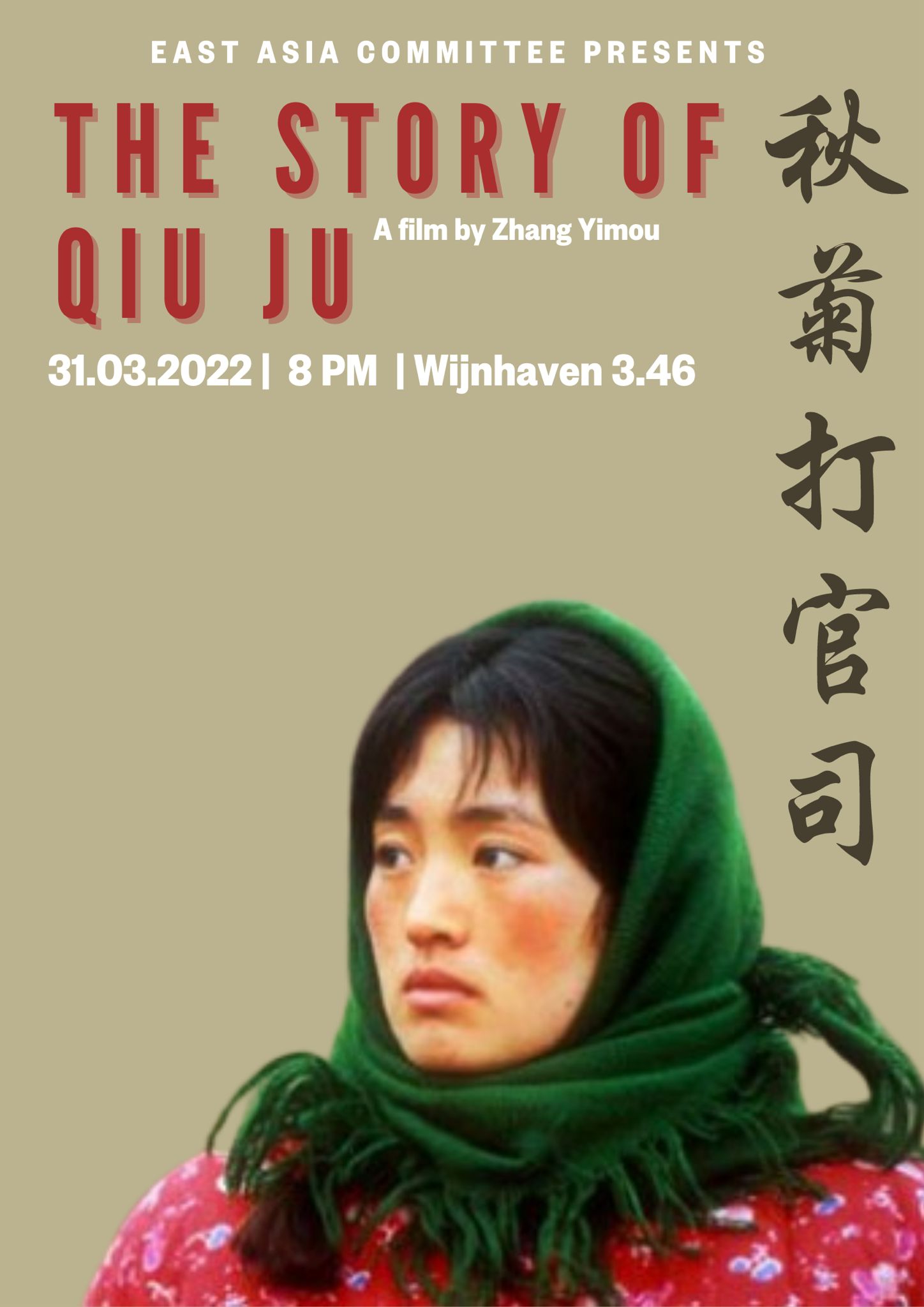 Join the East Asia Committee this Thursday for a film viewing of “The story of Qiu Ju” by director Zhang Yimou!
The film tells the story of a peasant woman, Qiu Ju, who lives in a rural area of China. When her husband is kicked in the groin by the village head, Qiu Ju, despite her pregnancy, travels to a nearby town, and later a big city to deal with its bureaucrats and find justice.

Hope to see you there!