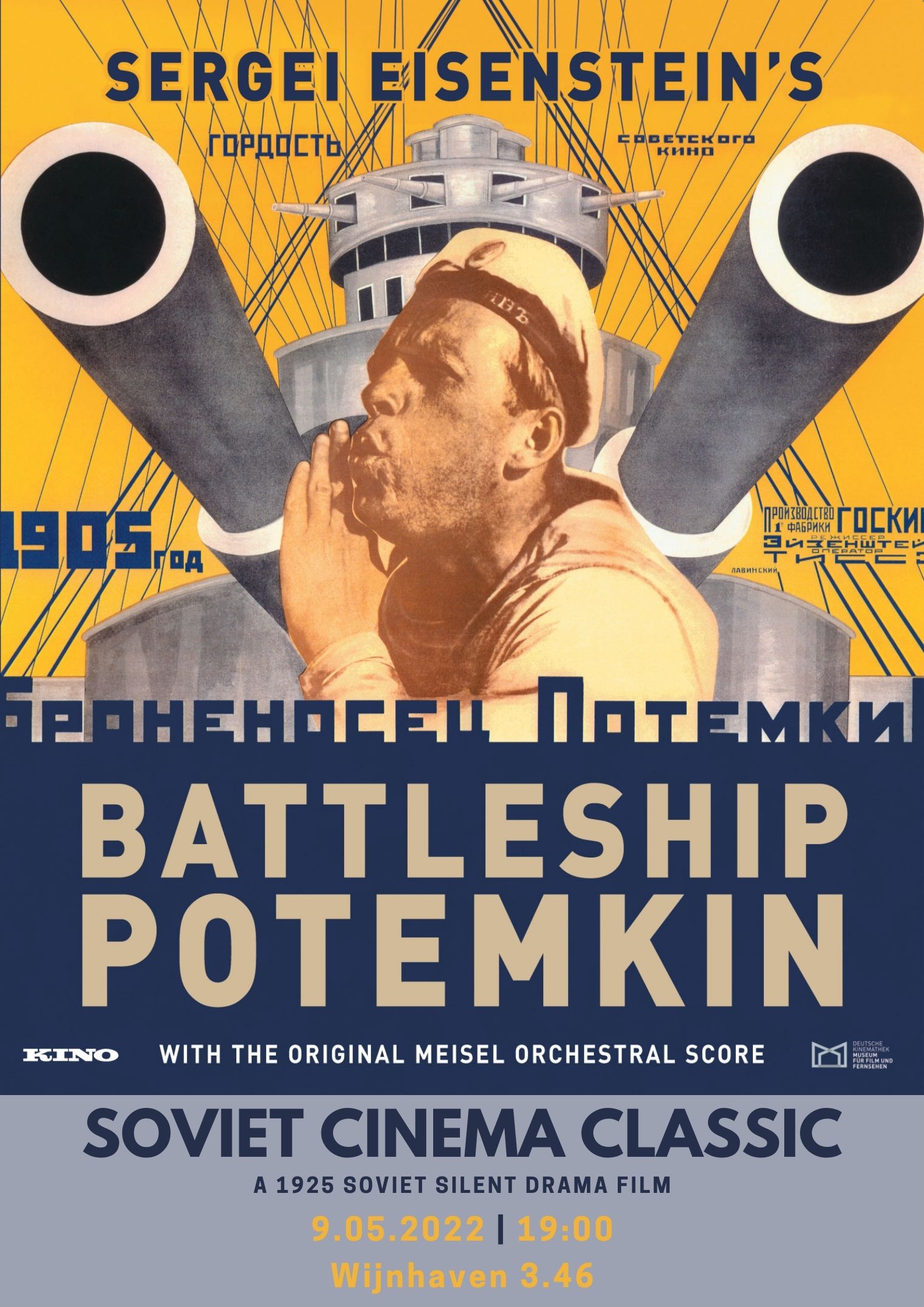 Join us for a silent-movie night, screening an all-time Soviet classic “Battleship Potemkin”.

“Battleship Potemkin” is a 1925 Soviet silent drama film, produced by Mosfilm. Directed and co-written by Sergei Eisenstein, it presents a dramatization of the mutiny that occurred in 1905 when the crew of the Russian battleship Potemkin rebelled against its officers. To this day, Battleship Potemkin is considered one of the greatest films of all time.