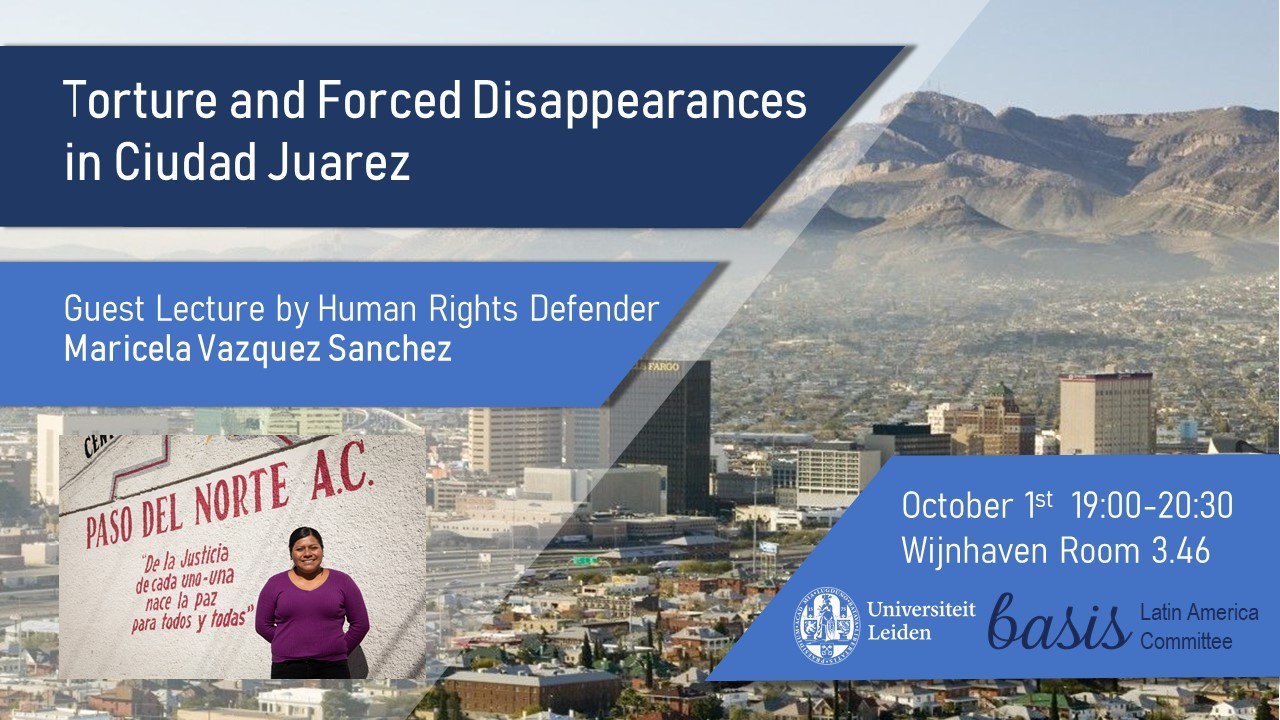 Mexico is going through a challenging period in its history, with skyrocketing homicide rates, an official list of more than 40,000 disappeared people and high levels of impunity. The border city of Ciudad Juárez, infamous for the many femicides and the insecurity the local inhabitants have to deal with, has been especially hard hit by this new wave of violence. From 2008 until 2010, Ciudad Juárez was even considered the most violent city in the world and in 2019, though homicide rates dropped after 2010, the city is still considered the 5th most violent city in the world. Against this background of violence, forced disappearances and impunity, defending human rights may sometimes be challenging as well.
In this lecture, Maricela Vázquez Sánchez, a lawyer and human rights defender who works for the local human rights organisation Paso del Norte, will discuss the current situation in Ciudad Juárez, and will explain how it is to accompany family members of victims of forced disappearances and torture. She will not only explore the negative side of her city, but she will also show what the local society does in order to demand justice and peace.

The lecture will be organised in collaboration with Peace Brigades International – The Netherlands (@PBINederland), a human rights organisation which accompanies Maricela Vázquez Sánchez during her tour through Europe to request support from international organisations and political figures, and to raise awareness about what is going on in Ciudad Juárez.