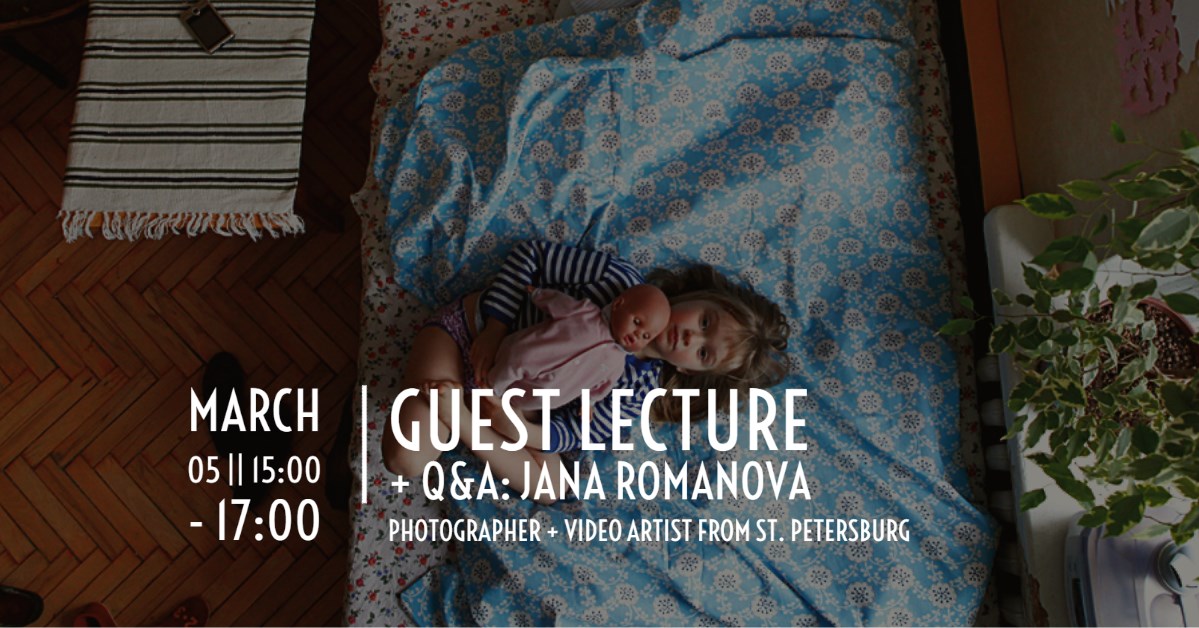 JANA ROMANOVA, award-winning photographer and video artist from St. Petersburg, will come to our university to give a guest lecture introducing the projects she did in the region, followed by a Q&A!

Focusing on collective identity, Jana Romanova expands the traditional medium of photography by collaborating with her subjects as well as using different participatory methods.

Amongst her projects are:

🎬 THE ALPHABET OF SHARED WORDS — the photographer asked different people who participated in the revolution in Kiev to remember words that are the same in both Russian and Ukrainian – and to illustrate them.

🎬 SHVILISHVILI [“grandchild” in Georgian] — capturing her own family history, rooted in both Russia and Georgia; heavily influenced by the political situation.

🎬 PEOPLE OF THE LAND — portraying one of the oldest indigenous peoples of Russia and the interaction of culture preservation and outer political circumstances throughout history.

The photographer’s long-term projects were exhibited at an international level on festivals and exhibitions, for example at the Copenhagen PhotoFestival in Denmark, Format in the UK and the Moscow Photobiennale in Russia. Next to that, the British Journal of Photography listed her as one of the young promising photographers in 2014, in 2016 she got selected as a participant of Joop Swart Masterclass by World Press Photo!