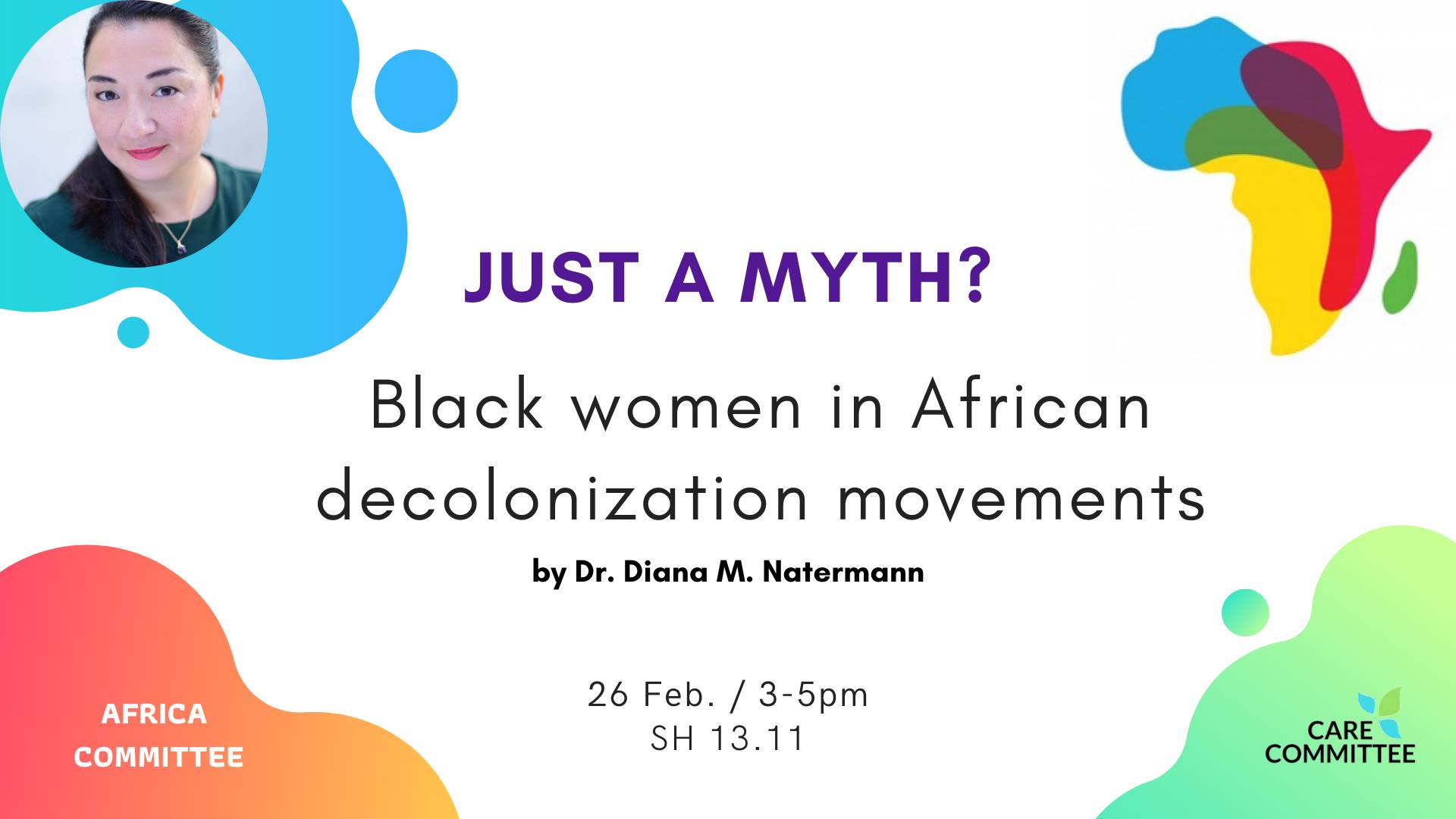 In honour of Black History Month Care and Africa Committee invite you to a guest lecture Dr. Diana M. Natermann.

Dr. Diana M. Natermann is an Assistant Professor at Leiden University in the History Department. As an historian she focuses on post-colonial histories with special attention given to gender issues, decolonisation, and African-European connections. Previously she worked at the University of Hamburg, the European University Institute in Florence, and the Goethe-University Frankfurt as well as spending research time in London, Boston, Stockholm, and Brussels. Her book “Pursuing Whiteness in the Colonies. Private Memories from the Congo Free State and German East Africa (1884-1914)” deals with private sources from Belgian, German, and Swedish colonisers and to which lengths they would go in order to ‘keep’ their whiteness whilst in the colonies. The book is shortlisted for the “Waterloo Centre for German Studies Book Prize 2018” as best publication by first-time authors whose scholarly work provides a substantial contribution to our understanding of any aspect of German-speaking society.

After the lecture there will be an opportunity for you to reflect and engage in a question and answer part with Dr. Diana M. Natermann

The event is open to everyone with a LU card!